The Mansfield-PhRMA Research Scholars Program is a U.S.-Japan exchange that brings young researchers from Japan’s pharmaceutical and development field to the United States each year to learn about U.S. healthcare policy, pharmaceutical research, regulatory practices, and translational research.

In previous years, participants have met with policy and regulatory affairs experts from pharmaceutical companies, the Brookings Institution, and the U.S. House of Representatives Science Committee. They have also visited the U.S. Food and Drug Administration and participated in meetings and a lab tour of the National Center for Advancing Translational Sciences at the National Institutes of Health. In Philadelphia their visits have included the University of Pennsylvania Institute for Translational Medicine and Therapeutics. In Boston their visits have included the Tufts Center for the Study of Drug Development, Harvard Catalyst/The Harvard Clinical and Translational Science Center, UMass Center for Clinical and Translational Science, and the Broad Institute. The researchers also meet with experts in major pharmaceutical research and development programs.

After two years of suspended programming due to the global pandemic, the program’s eighth exchange visited Washington, DC, Philadelphia, and Boston in September 2022.

On the last day of the September 2015 exchange, the researchers gathered in Boston for a wrap-up session to discuss points they thought were important for Japan. They wrote the points on sticky notes, prioritized them, and selected がんばれ日本！(Go for it, Japan!) as the point that summarizes their conclusion that there are many things Japan must do to better the current situation to promote translational research. Their message is intended to encourage Japanese academic researchers, institutions, the Japanese government, and others to go forward with this shared mission.

Upon their return to Japan, participants are expected to share what they learned during the program with their Japanese colleagues, to utilize the experience in their work, and to contribute to Japan’s R&D policy reforms and medical innovation in a practical way.

The Mansfield Foundation launched the Mansfield-PhRMA Research Scholars Program in 2013. The program is sponsored by the Pharmaceutical Research and Manufacturers of America (PhRMA) and is a component of PhRMA’s Young Scientist Program.

The Mansfield-PhRMA Research Scholars Program offers young Japanese researchers and their U.S. counterparts unique opportunities to share best practices and to engage in information exchange that can contribute to research, regulatory, and health policies that promote innovation. Highlights of the program include:

Contributing to the Young Scientists Symposium

Each year, Mansfield-PhRMA Research Scholars have served as facilitators for workshops at the Young Scientists Symposium in Tokyo, leading discussions with participants from academia, the pharmaceutical industry, and government agencies on how to overcome challenges and promote collaboration within the science community to advance pharmaceutical development and medical innovation in Japan. 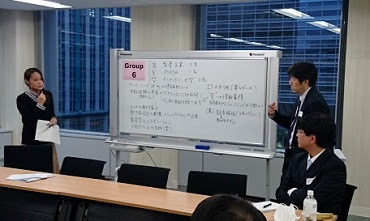 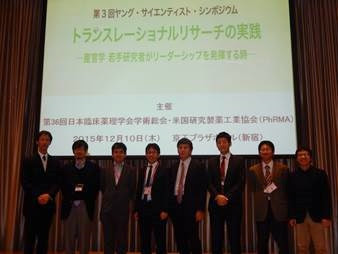 The Mansfield-PhRMA Research Scholars Program is building a network of U.S. and Japanese researchers in the pharmaceutical field. Regular meetings for alumni researchers help strengthen these networks. For example: 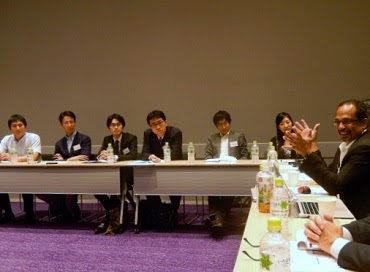 Participants in the Mansfield-PhRMA Research Scholar Program are applying their experience to make changes in their research, their institutions, and more broadly. For example, Masahisa Katsuno of Nagoya University reported: 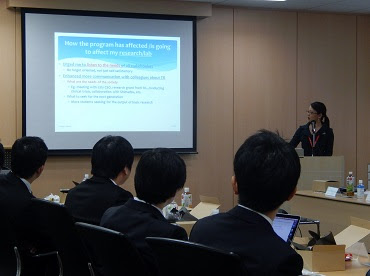