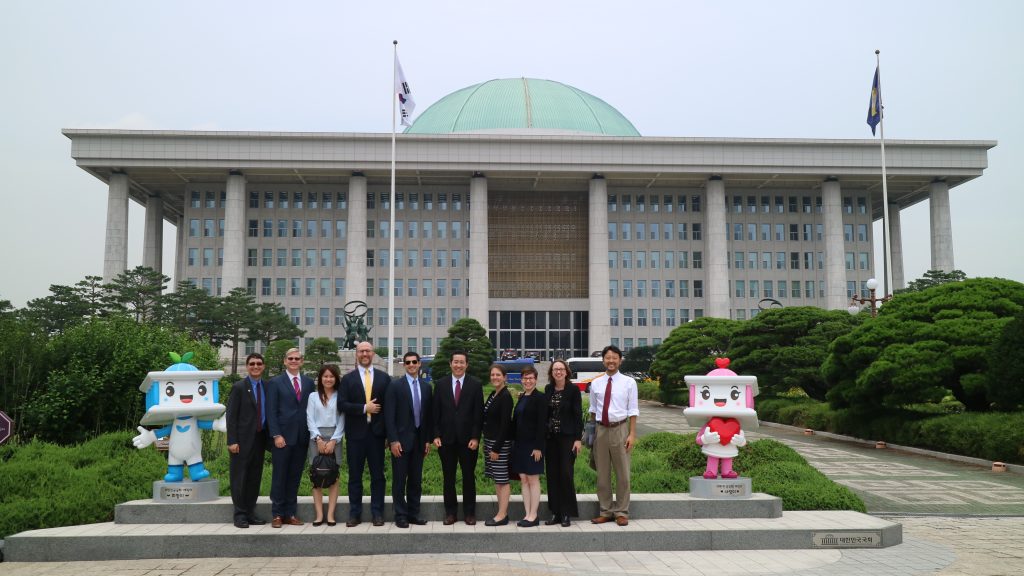 Mindful of Mike Mansfield’s recognition of the role of Korea in the region and the importance of improving Korea-Japan relations, the Maureen and Mike Mansfield Foundation created the Bridging the Divide program in 2018. With generous support from the Korea Foundation, this program strengthens the connections between those devoted to Japan studies or other East Asian concentrations and their counterparts in Korea.

Purpose of the Program

The Bridging the Divide program is designed to promote balanced, comprehensive scholarship by U.S.-based Japan and Northeast Asia specialists by deepening their exposure to South Korea and enhancing their understanding of the political, economic, and strategic dimensions of South Korea’s relations with its neighbors and with the United States. This program also helps to create personal connections among U.S.-based scholars and their Korean counterparts, providing opportunities for both groups to share ideas and perspectives or even to devise joint research project. Ultimately, knowledge and connection that was created during this trip will continuously build on the Mansfield Foundation’s investment in Korean scholarship in the United States and broaden that community beyond those specializing on Korea to include specialists on Japan and the broader East Asian region.