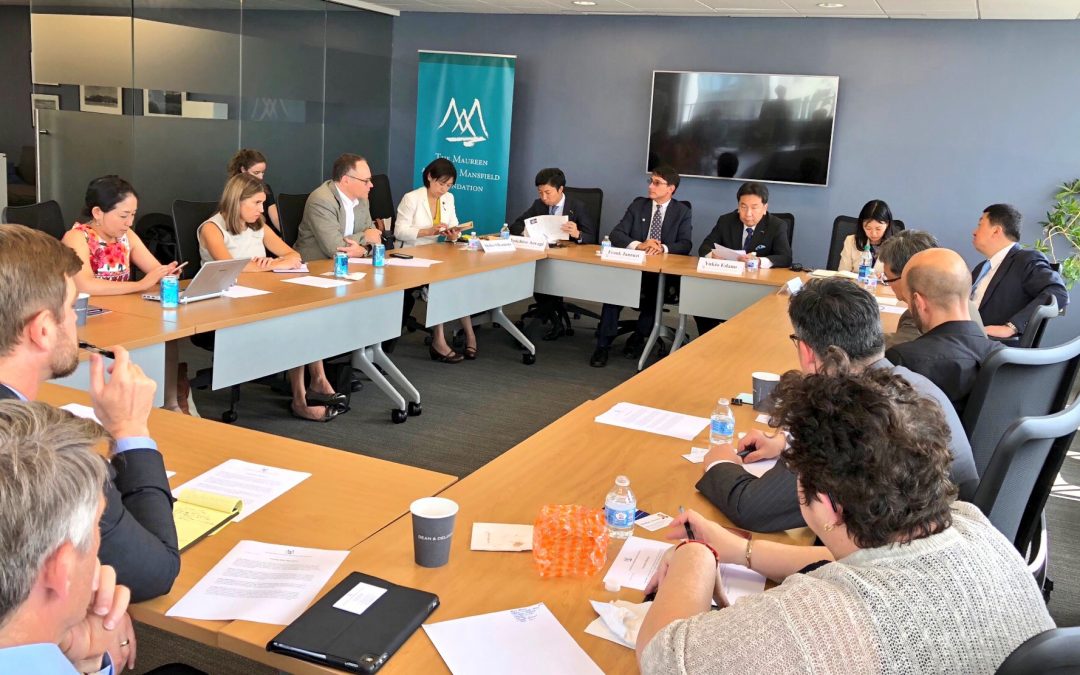 On Wednesday, September 12, the Mansfield Foundation hosted a roundtable featuring Mr. Yukio Edano, member of the House of Representatives and leader of the Constitutional Democratic Party (CDP), the largest opposition party in Japan’s Diet. Mr. Edano was joined by three other CDP members of Japan’s House of Representatives: Mr. Hiranao Honda, Ms. Akiko Okamoto, and Mr. Yoichiro Aoyagi. While the discussion, attended by senior level experts in Washington, was off the record, his opening remarks were publicized. As highlighted in coverage by The Mainichi, Mr. Edano spoke about the CDP’s positions on the U.S.-Japan alliance, the importance of resolving Okinawan base issues, and the situation on the Korean Peninsula.