Webinar: Views on American Democracy from the Indo-Pacific 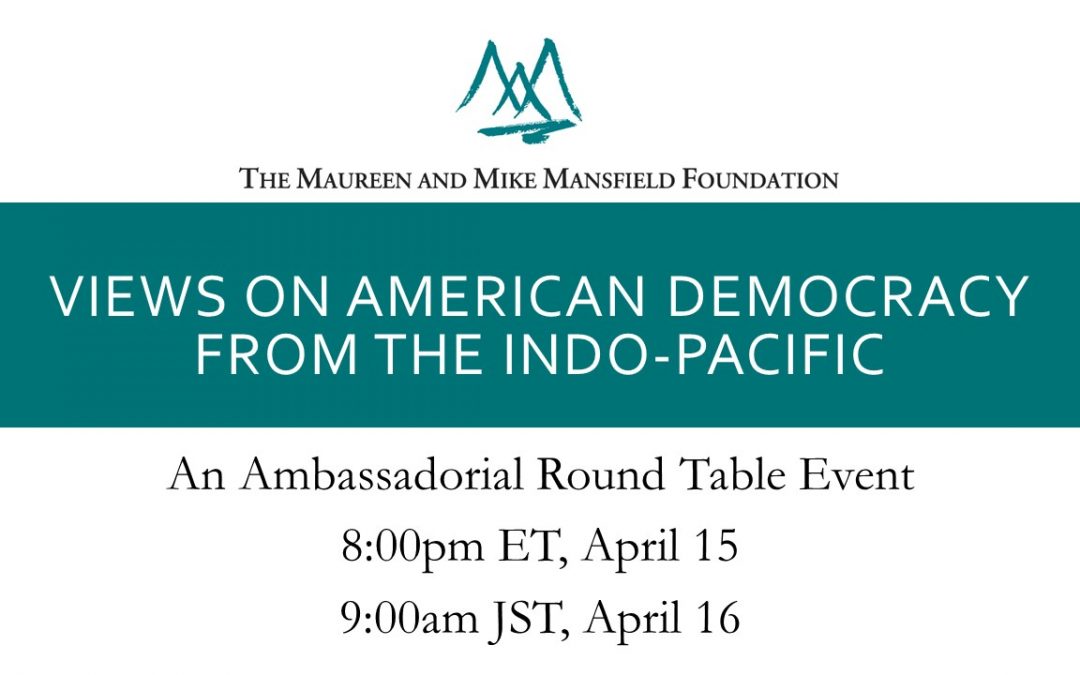 The Maureen and Mike Mansfield Foundation proudly hosted “Views on American Democracy from the Indo-Pacific,” an ambassadorial round table event with Ambassador Kenichiro Sasae from Japan, Ambassador Chan Heng Chee from Singapore, and Ambassador Nongnuth Phetcharatana from Thailand on April 15.

At this discussion, panelists shared their impressions about the state of U.S. democracy and politics, especially given the Capitol building insurrection on January 6, the Biden Administration’s reemphasis of democratic values at the core of its foreign policy, and the the role of the United States in Asia on value-driven diplomacy.

Moderated by:
Frank Jannuzi
President and CEO,
The Maureen and Mike Mansfield Foundation