U.S.-Japan Network for the Future Meet in Washington 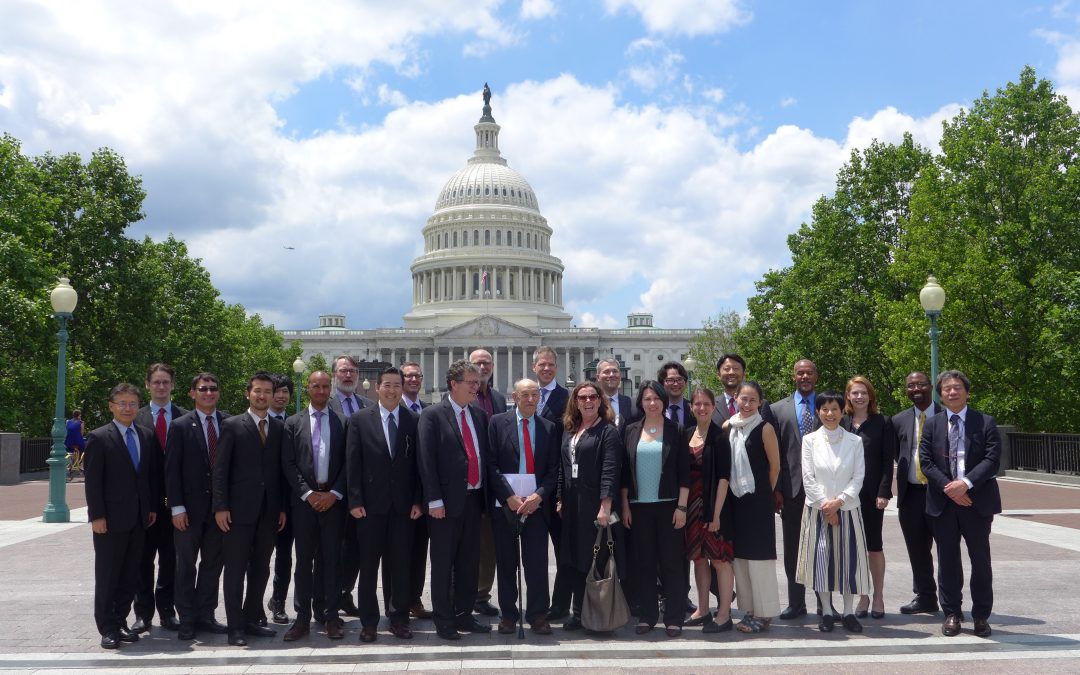 Last week the fourth cohort of U.S.-Japan Network Future scholars gathered in Washington for two days of meetings and a Capitol Hill symposium. Although this was the formal conclusion of the two-year program for the twelve scholars in Cohort IV, the program anticipates continued dialogue and collaboration among the fifty-four Japan specialists who make up the Network for the Future. That collaboration was evident in this week’s meetings, as scholars from the program’s previous cohorts participated in discussions and provided feedback on the Cohort IV scholars’ policy work. The Cohort IV scholars had two opportunities to share their work this week. On June 6, four scholars presented papers addressing regional and global issues of interest to the U.S.-Japan relationship as well as shared threats to the alliance at a closed Council on Foreign Relations roundtable. Also on June 6, eight scholars presented papers addressing post-industrial challenges for Japan and Japan’s politics and leadership at a public symposium on Capitol Hill.

The Cohort IV scholars’ presentations reflected research topics they examined in policy papers prepared as part of the Network program and compiled in Expert Voices on Japan: Security, Economic, Social and Foreign Policy Recommendations. These papers addressed important areas for U.S.-Japan cooperation — security, state-building, and international migration – as well areas with the potential to impact bilateral cooperation, including domestic politics, global financial markets, trade and automation. In Policy Guidance from the U.S.-Japan Network for the Future Cohort IV, the scholars honed their research and analysis into op-eds that outline their recommendations for addressing these important issues.

Also this week the Cohort IV scholars were welcomed at a dinner hosted by the Embassy of Japan’s Deputy Chief of Mission Kazutoshi Aikawa and were briefed on current issues in U.S.-Japan relations by policy experts including: Michael Green (Center for Strategic and International Studies); Michael Schiffer (Senate Foreign Relations Committee); alumni Mansfield Fellow Andrew Winternitz (Department of Defense); and Acting Deputy Assistant Secretary of State for Japan Julie Chung. The U.S.-Japan Network for the Future program was launched in 2009 by the Mansfield Foundation and the Japan Foundation Center for Global Partnership. Watch this space for news about recruitment for the fifth cohort of Network scholars.