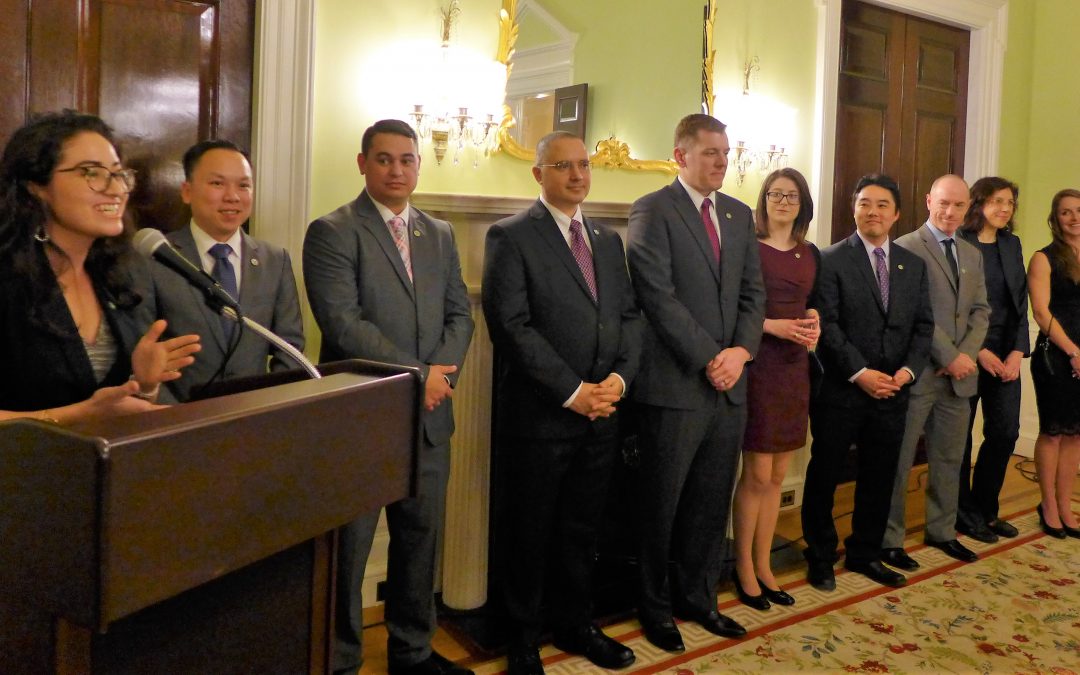 The Maureen and Mike Mansfield Foundation is pleased to announce the Mansfield Fellows for 2018-2019. This is the twenty-third group of Fellows to have been selected for the Mike Mansfield Fellowship Program, which was established by Congress in 1994 to build a corps of U.S. government officials with substantial Japan expertise. With the addition of these new Fellows, a total of 159 U.S. federal government officials from twenty-eight agencies, commissions and the U.S. Congress have entered the Fellowship Program. Members of the twenty-third group of Mansfield Fellows include:

During the one-year Fellowship Program the new Mansfield Fellows will participate in a seven-week intensive Japanese language program in Ishikawa Prefecture and ten months of placements primarily in Japanese government agencies in Tokyo. By working side-by-side with their counterparts in Japan’s ministries and agencies, National Diet, and non-governmental organizations, the Fellows will deepen their understanding of Japan’s government and policymaking process. This experience — and the contacts the Fellows make in the Japanese government and in the business, professional, and academic communities — will contribute to their work on Japan and Asia-related programs and policies when they return to federal government service.

“The new Mansfield Fellows are experts in areas ranging from information technology and international development to weather forecasting and the safe use of nuclear power,” said Frank Jannuzi, President and CEO of the Mansfield Foundation. “They are committed to working with their counterpart agencies in Japan to further their expertise and to exchange information and ideas in areas including: expanding public-private partnerships, creating an IT-qualified workforce, addressing climate change, enhancing space situational awareness, and improving global aviation safety and efficiency. Their Fellowship experience will strengthen their understanding of Japanese government policies and contribute to closer cooperation on some of the most important challenges our countries face.”