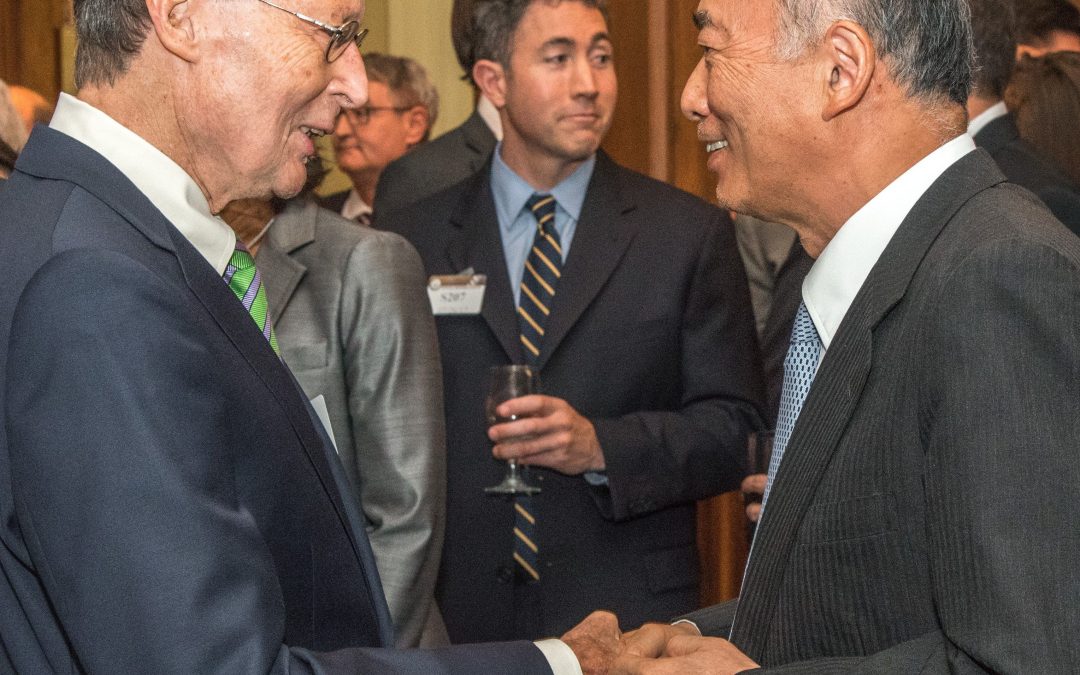 Desaix’s first Mansfield Foundation board meeting was more than 26 years ago, in Spring 1994, the same year that legislation creating the Mansfield Fellowship was first introduced in Congress. Last year, he passed Charlie Ferris as the longest-tenured board member in the organization’s history. As Chairman of the Board from 2015-2019, he led the process of reorganizing the Foundation’s management structure and established strategic priorities to guide the foundation’s programmatic efforts.

Desaix’s service to the Foundation followed on the heels of a distinguished 35-year career in the Foreign Service, stretching from Kathmandu to Tokyo, from Taipei to Bangkok. Of particular relevance to his later service on the board, Desaix served as Deputy Chief of Mission in Tokyo under Ambassador Mike Mansfield from 1984-1989. He went on to lead the U.S. Embassy in Hanoi as Chargé d’Affaires upon the normalization of relations in 1995 and to serve as director of the Korean Peninsula Energy Development Organization (KEDO), an integral part of international efforts to eliminate North Korea’s nuclear weapons program.

Desaix embodied many of the qualities of Mike Mansfield: soft-spoken, humble, a good listener, and incisive. In later years, he loved to paint, and some of his artwork adorns the walls of the Foundation’s offices in Missoula and Washington.

In partnership with the Anderson family, the Mansfield Foundation will be hosting a celebration of Desaix’s life and public service. Details will be announced once the plans are finalized.