South Koreans Embrace the Warming to the North: Quite a Contrast to the Washington Buzz

To say that it was exciting to spend four days meeting with senior politicians and government officials just six days after the historic Trump-Kim “Singapore Summit” would be a great understatement. What I heard in meeting after meeting with South Korean officials was substantially more optimism about the future than I had been reading in the US news media and especially in my Democratic-leaning Facebook feed. With just a few exceptions, South Koreans said they were much more willing to work toward the optimistic rapprochement with North Korea announced at the summit than to continue to plan for the worst, which seemed to be the major alternative. That said, nearly every official we met with also seemed to go to great lengths to reassure a group of largely American scholars that they understood that the United States and South Korea had repeatedly been burned by North Korean leader Kim Jong Un’s promises to date.

I would collectively summarize the bulk of the off-the-record, frank discussions we had into four related points about why to be optimistic. First is that the 34-year-old Kim Jong Un seeks to remain the unelected leader of North Korea for many more decades, and to do that needs to create economic growth and opportunity for his people. Second, also related to Kim’s desire for long-term power, is that he wants to live in a world where he and his family can enjoy imported luxuries, travel abroad, and receive respect internationally – all of which were deeply threatened by the “maximum pressure” campaign of the Trump administration. Third is that China and other states – including South Korea and the United States – would be willing to invest money and expertise in North Korea to make this economic growth happen…if North Korea would agree to give up its nuclear weapons program. Finally, our group repeatedly heard that because Kim Jong Un had succeeded in his stated goal of achieving a nuclear-armed North Korea, he now was in a politically viable position to negotiate these weapons away.

To be sure, not everyone held these views – including some political conservatives we met who saw the party that supported a hard line lose seats in local elections just before our visit. Japanese officials I met with in Seoul also expressed a great deal of skepticism about Kim Jong Un’s willingness to follow through with this round of promises. Between meetings, though, I found myself reflecting on the overwhelming optimism and hope in the majority view. I am certainly happy to see the discourse move away from “bloody noses” and “preemptive strikes” that dominated story ledes earlier this year. I left semi-optimistic – with hope that a period of warmer relations will continue for the next few years, but still skeptical that ultimately North Korea will give up nuclear weapons entirely.

Our final official group activity, on Day Five, was an excursion to the huge war memorial museum, which offers in many exhibits a poignant reminder of the tremendous emotional and physical costs of the Korean War (1950-53). That war ended in a stalemate and led to a sad sixty-five years of separated families and the many miseries of life in the North. The visit served as a good reminder of why so many South Koreans choose hope.

In earlier research trips to Tokyo, Beijing, and Seoul during the Obama years, I increasingly came to believe that the United States and others would accept a limited nuclear North Korea despite vociferous objections — as they had a nuclear Pakistan and India — because the stated goal of North Korea giving up nuclear weapons was simply no longer attainable. I still lean towards that view. For now, at least, North Korea has stopped the aggressive missile and nuclear testing marathon it conducted in 2017. Even if the most optimistic scenarios for the future espoused in the summit declaration and subsequent statements do not materialize, I too left Seoul with a sense of hope in a possible new course. 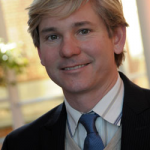 Professor Oros participated in a Mansfield Foundation-led one-week study tour of Seoul sponsored by the Korea Foundation one week after the historic Singapore Summit between US President Donald Trump and North Korean leader Kim Jong Un. He would like to express gratitude to both foundations and to the many officials he met for this opportunity.