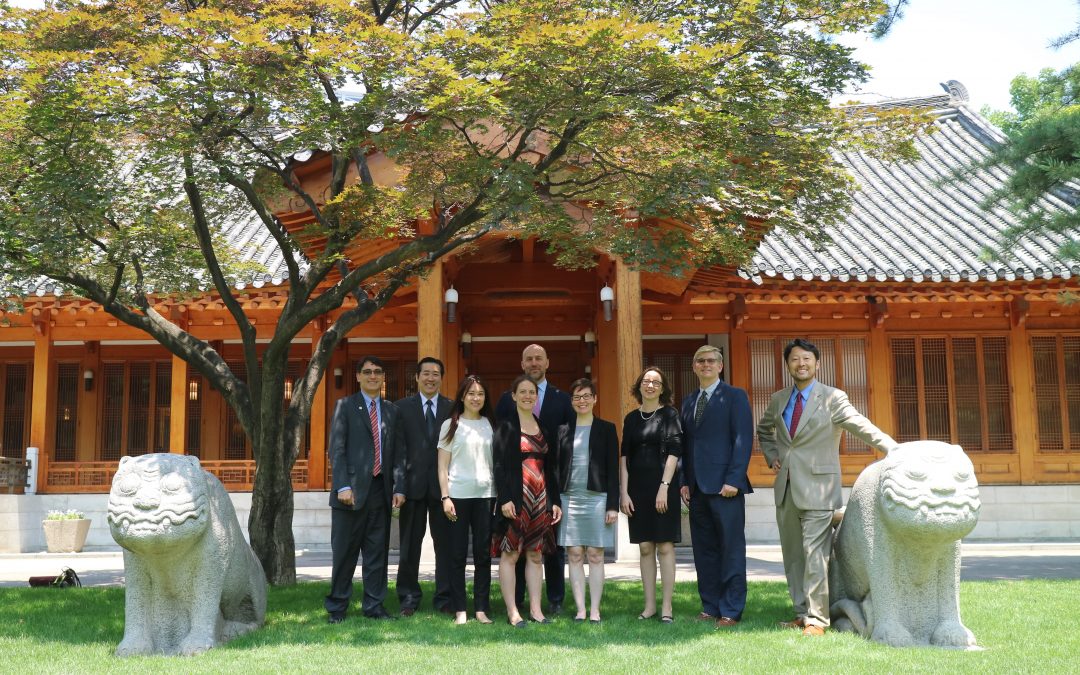 Over the past week nine Japan and East Asia specialists held a series of meetings in Seoul as part of the Foundation’s Bridging the Divide program. This program builds on the Foundation’s U.S.-Japan Network for the Future program by introducing Network and other U.S-based scholars to their Korean counterparts. By strengthening connections between these regional specialists, the program seeks to promote more balanced, comprehensive, and integrated scholarship to address real world public policy concerns. One of the scholars’ first meetings in Seoul provided an opportunity to hear about Korea’s foreign policy from experts at the Asan Institute for Policy Studies, followed by dinner with scholars from several Korean universities. Over the next few days the scholars continued to gain insights into Korea’s foreign, defense, and North Korea policies in meetings with representatives of Korea’s Ministry of Foreign Affairs, Ministry of Unification, Ministry of National Defense, and Korea National Intelligence Service. The scholars met with members of Korea’s National Assembly and with Marc Knapper, Chargé d’Affaires ad interim at the U.S. Embassy in Seoul. They also gained perspectives from the press in a meeting with Korean journalists. On their final day in Korea the scholars visited Hanawon Resettlement Center and the War Memorial of Korea. The week culminated with an evening of shared culture, taking in a professional baseball game featuring both Korean and American players with a Korean twist — fried squid! The Bridging the Divide program is supported by the Korea Foundation.