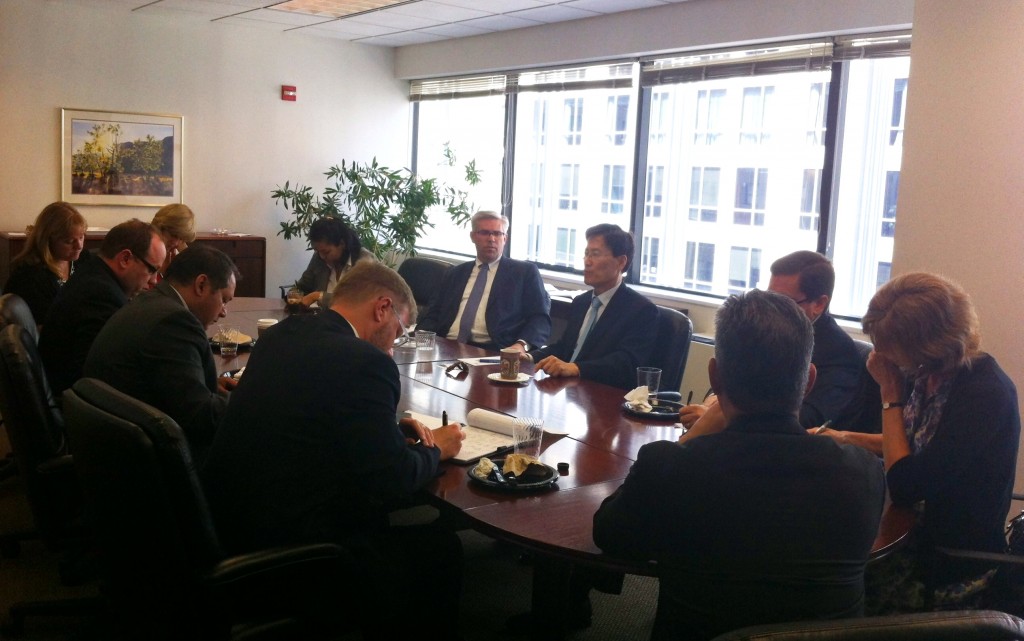 On August 29, 2012, the Mansfield Foundation hosted a roundtable discussion with Dr. Yoon Young Kwan, who served as South Korea’s Minister of Foreign Affairs and Trade from 2003-2004 and currently is a professor at Seoul National University.   Minister Yoon outlined three important challenges currently facing South Korea.  First, he described the extent to which candidates in South Korea’s presidential election have converged on economic management issues, especially the need to strengthen Korea’s welfare system.  Second, he described the challenge of deciding what kind of diplomatic strategy Korea should pursue after the presidential elections in December.  The third challenge he described is how to deal with North Korea.  Minister Yoon responded to questions and engaged in a discussion with roundtable participants on issues ranging from the implications of the U.S. presidential election for U.S.-Korea relations to ongoing tensions between South Korea and Japan.