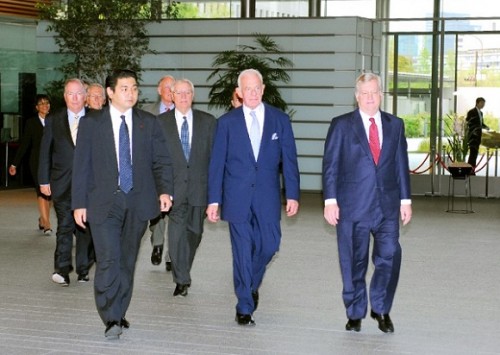 The Board and staff of the Maureen and Mike Mansfield Foundation note with great sorrow the passing of Thomas Foley, who served as chairman of the Foundation’s Board of Directors from February 2004 to April 2008.  Mr. Foley had been a member of the Foundation’s Board since 1988, stepping down only during the years he served as U.S. ambassador to Japan, from 1997-2001.  We recognize with deep gratitude Mr. Foley’s long commitment to the Mansfield Foundation and its mission, his many years of public service, and his valued role in strengthening U.S. relations with Japan.