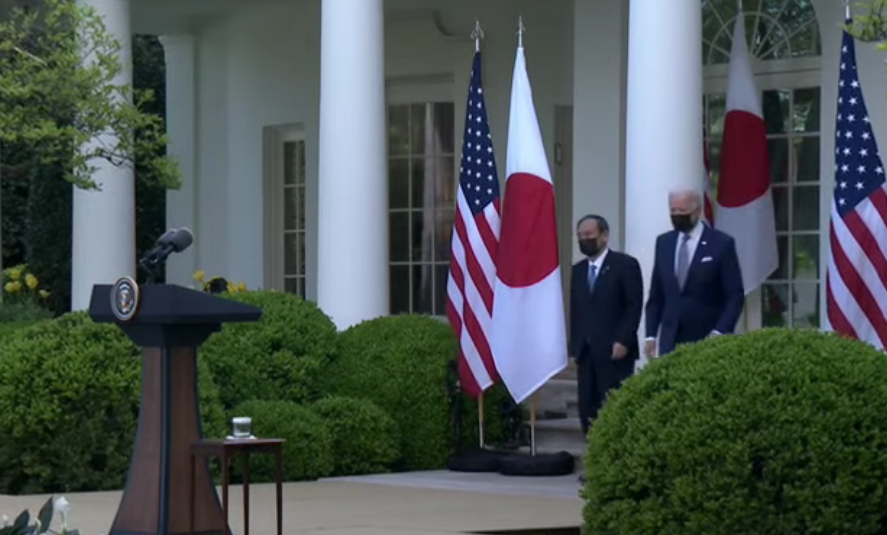 On April 16, Prime Minister Yoshihide Suga visited Washington, DC for a summit with President Joe Biden. Their discussion covered a range of issues in the U.S.-Japan relationship, including security, trade, and people-to-people relations.

President Biden made particular note of his long friendship with Mike Mansfield, who served as a U.S. Senator from Montana earlier in President Biden’s political career. Following his time as Senate Majority Leader, Mansfield went on to become the longest-serving American ambassador to Japan, building on his own interest in U.S. relations to Asia.

During the press conference following his meeting with Prime Minister Suga, Biden noted that “personal bonds of friendship and connection, they’re the ones that are going to keep this alliance strong and vibrant for decades to come.”

He continued, “I’m especially proud that today, we agreed to resume what is called the Mansfield Fellowship Program to promote people-to-people connections between our countries.

Before Mike Mansfield–who was a beloved ambassador to Japan–became ambassador, he was a mentor of mine when I came to the Senate, after my wife and daughter were killed. He helped me along, in ways I can’t even explain, in the United States Senate. I’m proud that this legacy continues to be honored as part of the close and enduring partnership between our nations.”

In 1994, the United States Congress created the Mike Mansfield Fellowship Program to build a corps of U.S. federal government employees with proficiency in the Japanese language and practical, firsthand knowledge about Japan and its government.

Through their placements, more than 150 Fellows over the last 25 years have developed networks of contacts in Japan and an understanding of the political, economic and strategic dimensions of the U.S.-Japan relationship. Mansfield Fellowship Program alumni have skills, contacts and expertise that facilitate their agencies’ work on Japan-related programs and policies. They return to federal service with a deep, practical understanding of Japan, including knowledge of:

Alumni Fellows have direct responsibility for a wide variety of Japan issues, provide counsel to their agencies on Japan-related matters and help expedite the resolution of issues involving Japan.

The Mansfield Fellowship Program was temporarily suspended in March 2020, due to the global pandemic. We look forward to the resumption of this program, led by our milestone 25th anniversary class of Fellows.