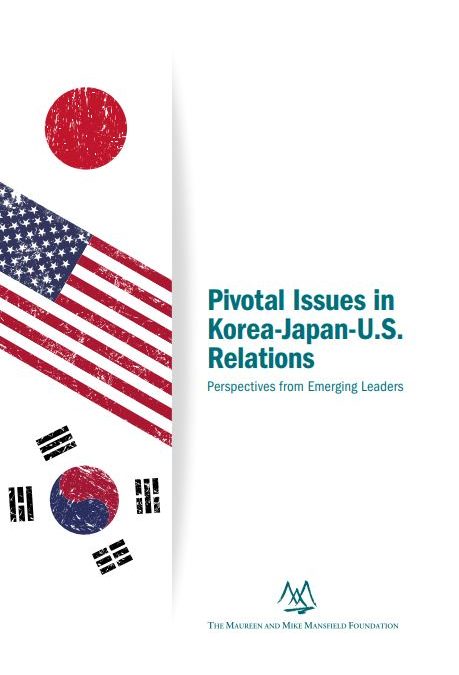 The Mansfield Foundation Emerging Leaders in Northeast Asia Scholars Program was launched in 2015 in cooperation with the Korea Foundation to strengthen the network between Korea and Japan scholars and promote collaboration on interests the United States, Korea, and Japan share. Participants were selected from two Mansfield Foundation programs — the U.S.-Korea Scholar-Policymaker Nexus and U.S.-Japan Network for the Future. Since 2015 the scholars have had opportunities to meet with each other and with government officials in Montana, Seoul and Jeju, South Korea, and Washington. In these meetings and in their essays they were asked to think creatively about the challenges of creating a more cohesive community in Northeast Asia. The resulting essays examine issues including: the comfort women debate; North Korea’s nuclear development program; the pursuit of new trade rules; and domestic politics.