Network Panel | Non-Japanese in Japan: Is Japan Becoming a Country of Immigration? 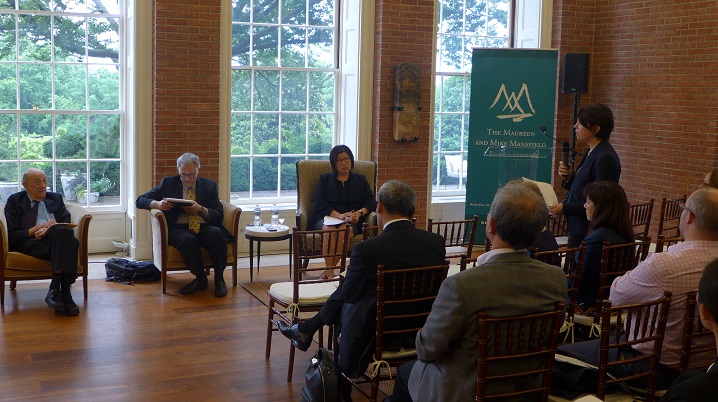 The event was part of the kick-off for the 5th cohort of the U.S.-Japan Network for the Future, and showcased the ongoing connections between members of the Network across cohorts and disciplines.

The panel agreed that, despite the gradual assimilation of foreigners into Japanese society, anti-foreign sentiment among right wing groups is currently on the rise. Japanese immigration policy greatly lags behind realities in Japanese society, where tourists and immigrants have become more commonplace.

Dr. Chung posited that Japan is not “becoming” a country of immigration; it already is one. While neither Japan’s government nor its citizens acknowledge these immigrants as an integrated part of society, Japan has been home to many immigrant groups since the colonial period. Dr. Strausz shared research that showed candidates have a political incentive to avoid the topic immigration entirely.

However, Dr. Sharpe argued that by catering to the needs of its immigrants and increasing diversity in its workforce, Japan can attract more migrants. Dr. Sharpe noted that despite government rhetoric against immigration, Japan is moving in the direction of other liberal democracies— albeit slowly—by taking in refugees and expanding foreigners’ rights.