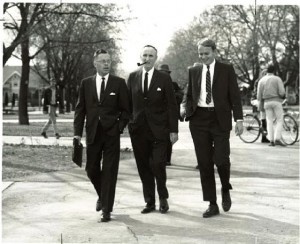 After his military service, Mike Mansfield returned to Montana, where he worked in the copper mines until he met Maureen Hayes, a college-educated schoolteacher. At Maureen’s insistence, Mansfield returned to school, and earned his high school equivalency and Bachelor’s degree in 1933 from what is now The University of Montana (UM). In 1934 he received his Master’s degree, and he remained at the University for the next eight years teaching Latin American and East Asian history.