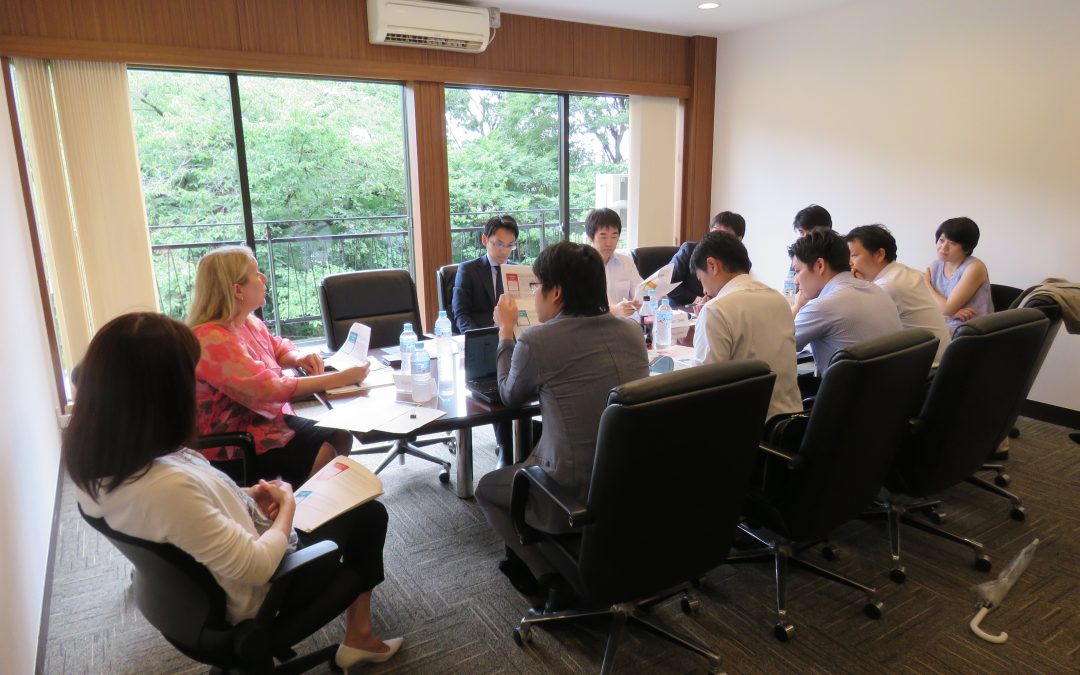 The sixth group of Mansfield-PhRMA Research Scholars gathered in Tokyo on August 7 to prepare for their upcoming visit to Washington, D.C., Philadelphia, and Boston.  Next month the ten young researchers from Japan’s pharmaceutical research community will participate in a two-week program of meetings and site visits intended to further their understanding of U.S. translational research, healthcare policy, and regulatory practices.  Amy Jackson, the Japan Representative for the Pharmaceutical Research and Manufacturers of America (PhRMA) and a member of the Mansfield Foundation’s Board of Directors, joined the pre-departure meeting and provided an overview of the activities of PhRMA and the Foundation. The Mansfield-PhRMA Research Scholars program was launched in 2013 and is sponsored by the Pharmaceutical Research and Manufacturers of America (PhRMA)