The Maureen and Mike Mansfield Foundation mourns the loss of the Honorable Norman Yoshio Mineta, former U.S. Secretary of Commerce and former U.S. Secretary of Transportation. Following a distinguished career in government, Secretary Mineta joined the Mansfield Foundation Board of Directors in 2006, and in 2014 joined our International Advisory Board, where he continued his support of our mission to increase understanding and cooperation between the United States and Asia.

Secretary Mineta participated in a number of Mansfield Foundation programs, including meeting with visiting Diet Members in Washington and welcoming the 13th class of Mansfield Fellows in 2008. In recent years, he strengthened the pipeline of Mansfield Fellows from the Commerce and Transportation departments, advocated for building future generations of leaders, and maintained strong bonds with U.S. and Japanese legislators.

Mansfield Foundation President and CEO Frank Jannuzi said, “Norm Mineta’s legacy of public service, integrity, and bipartisan cooperation echoes that of Mike Mansfield. He was a champion of equality and the belief that the United States can be made better through the work of its citizens. His humor, humility, resiliency, and warmth will be missed throughout the U.S.-Asia community.” 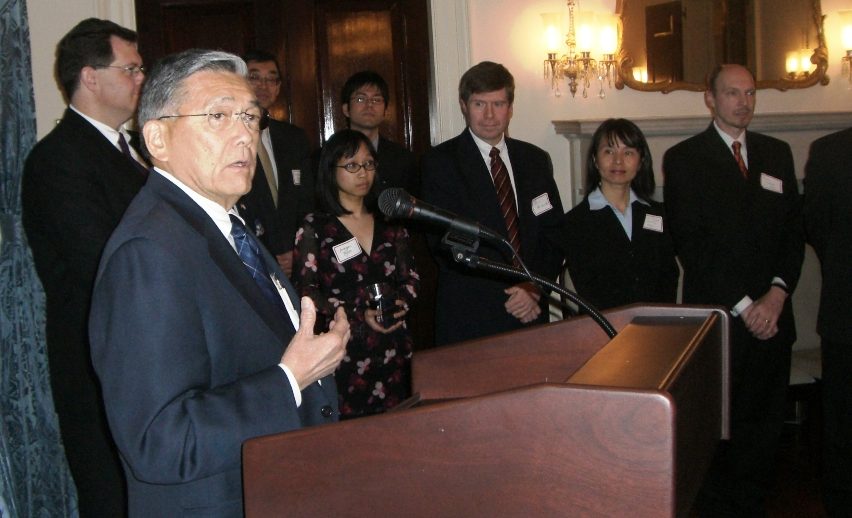