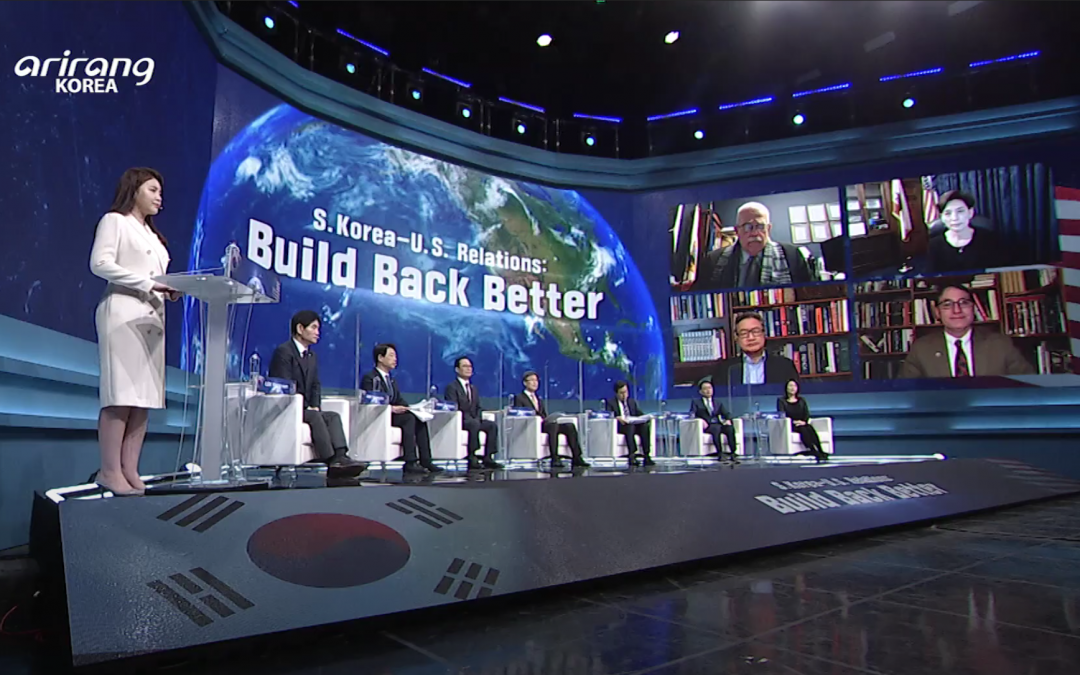 The televised program, titled “South Korea – U.S. Relations: Build Back Better,” featured policymakers and government representatives from South Korea and the United States to discuss bilateral cooperation on efforts related to security, the economy, and the COVID-19 pandemic.

While discussing the North Korea issue, participants from both countries agreed on a step-by-step approach to provide the DPRK with a viable security alternative to nuclear weapons, and representatives from the United States also underlined South Korea’s leading role in the issue. Regarding economic cooperation, policymakers from both sides identified 5G technology, green energy, and microchip supply as areas with great potential for the United States and South Korea to work together. In response to the ongoing pandemic, representatives committed to cooperate and facilitate the COVID-19 vaccine distribution worldwide.

The discussion ended with representatives from both countries reaching a shared understanding of key issues and a clearer direction on U.S.-South Korea bilateral cooperation in the years ahead.

A recording of the program is available via Arirang’s YouTube channel here.