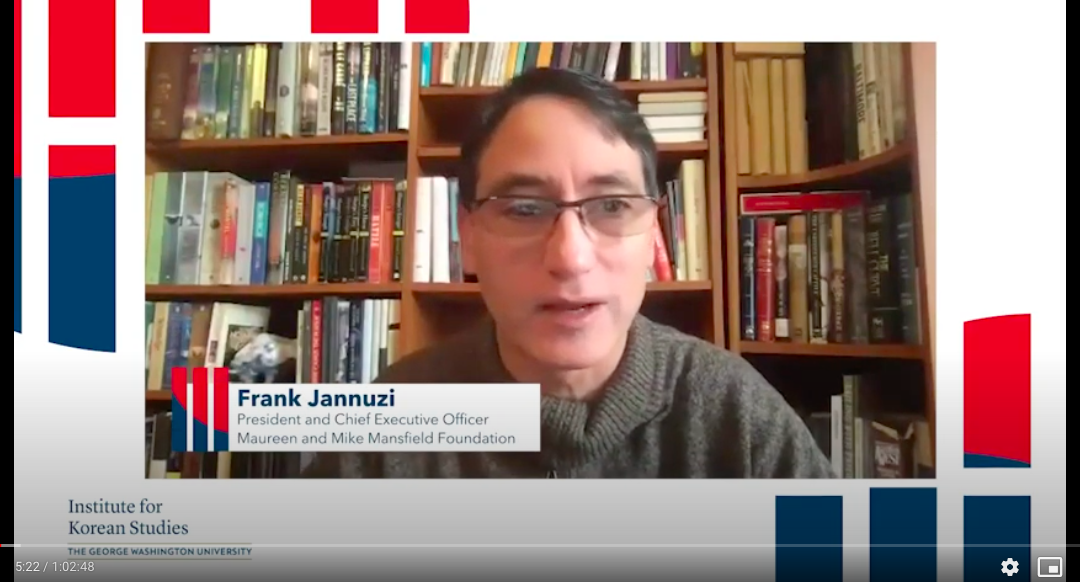 Titled “Prospects for U.S.-China Strategic Rivalry and U.S.-ROK Relations under the Biden Administration,” the event gathered experts from both the United States and South Korea to discuss prospects for the geopolitical dynamics in Northeast Asia under the new U.S. administration.

The intensifying strategic rivalry between the U.S. and China under the Trump administration has exposed the U.S.-ROK relationship to a greater deal of uncertainty. South Korea saw both challenges and opportunities in President Trump’s top-down approach toward addressing the North Korean nuclear issue. The prolonged stalemate over U.S.-ROK defense cost-sharing negotiations raised questions about the characteristics of the decades-old alliance. President-Elect Joseph Biden has signaled supporting shifts in how the U.S. conducts its relations with China and South Korea. The event sought to address questions such as:

Ambassador Joseph Yun, Senior Advisor at the U.S. Institute of Peace and Former U.S. Special Representative for North Korea Policy, pinpointed that the U.S.-China and U.S.-ROK relationships may look like two separate bilaterals but are, in reality, connected.

More information about the program is available from the George Washington Institute for Korean Studies.

Part one of the two-hour program is available via YouTube here. Click here for the second hour.