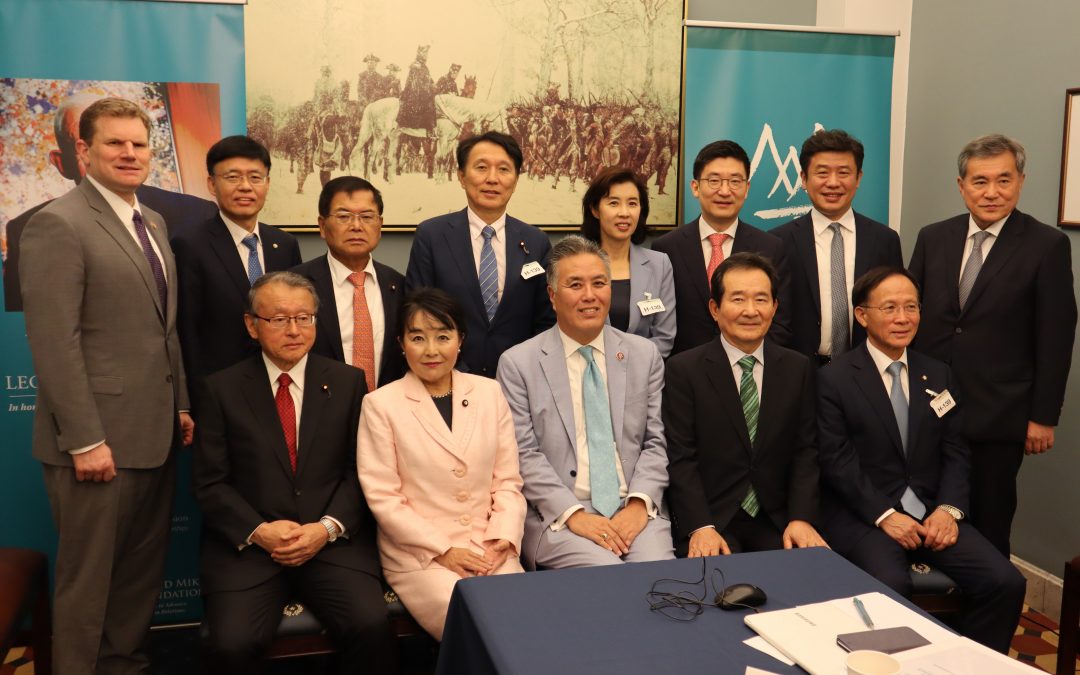 On July 26, the legislators gathered at the U.S. Capitol for trilateral dialogues in three key issue areas: Regional relationships, the future of the Asian-Pacific economic architecture, and aligning shared goals in the face of regional security concerns. In addition to Congressmen Mark Takano and French Hill (R-AR), former Congressman Dan Maffei (D-NY) participated in the discussions.

Many of the legislators who participated in this week’s exchange were also part of previous delegations of the Japan-U.S. Friendship Commission Thomas S. Foley Legislative Exchange, a public-private partnership between the Japan-U.S. Friendship Commission and the Mansfield Foundation. A delegation of five members of the U.S. Congress visited their counterparts in Tokyo and Seoul in March of this year.