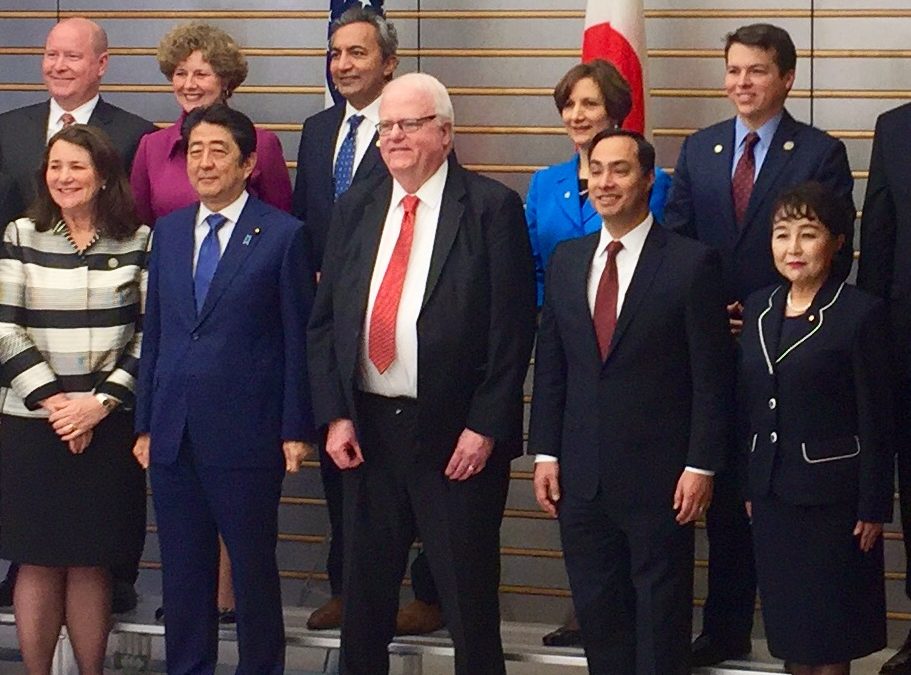 U.S. Representatives Jim Sensenbrenner (Republican-Wisconsin) and Joaquin Castro (Democrat-Texas) arrived in Tokyo for the start of the first Asia trip under the new Japan-U.S. Friendship Commission (JUSFC) Thomas S. Foley Legislative Exchange. The first day of the exchange began with a meeting with representatives of the Japanese media, followed by a lunch for U.S. and Japanese business representatives co-hosted with the American Chamber of Commerce in Japan.  Representatives Sensenbrenner and Castro then joined other visiting U.S. lawmakers for a U.S. Embassy Tokyo briefing and a meeting with Prime Minister Abe.  Their final meeting of the day was with Tokyo Governor Yuriko Koike.  The U.S. legislators participated in a bilateral session with Diet members in Tokyo February 21, and then travelled to Seoul for a February 22 trilateral session with Diet and National Assembly members. In Seoul, The legislators held frank exchanges on topics including Korea’s presidential election, the agentas of President Trump and Prime Minister Abe, and policy options for North Korea.