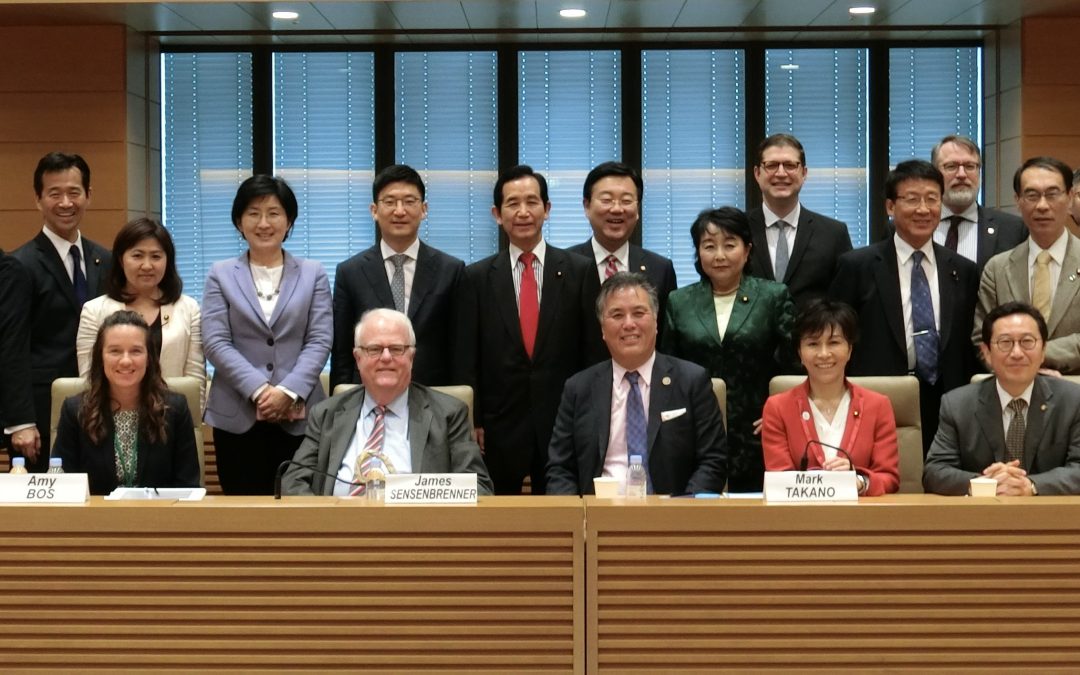 U.S. Representatives Jim Sensenbrenner (Republican-Wisconsin) and Mark Takano (Democrat-California) traveled to Tokyo on April 2, 2018 for meetings with their counterparts from Japan’s National Diet and Korea’s National Assembly. This was the second Asia visit under the Japan-U.S. Friendship Commission (JUSFC) Thomas S. Foley Legislative Exchange. The U.S. lawmakers’ visit began with an April 4 tour of Yokosuka Naval Base led by its commander, alumni Mansfield Fellow Jeffrey Kim. After meeting with private sector leaders the morning of April 5, the lawmakers joined more than twenty Diet members for a full day of discussions on critical political, economic, trade, and security issues. The bilateral workshop was followed by a meeting with Minister of Education, Culture, Sports, Science and Technology Yoshimasa Hayashi. The trilateral part of the program began with a dinner for the U.S., Japanese, and Korean legislators featuring Japan’s State Minister for Foreign Affairs Mitsunari Okamoto, Minister and Deputy Chief of Mission at Korea’s embassy in Japan Lee Hee-sup, and Deputy Chief of Mission at the U.S. embassy Joseph Young. On April 6, the legislators gathered for a trilateral workshop (pictured below) on issues including: the politics of regional relations; China and Russia and the Korea-U.S.-Japan triangle; and aligning perceptions on the North Korea crisis. The U.S. delegation concluded the exchange with meetings at the Prime Minister’s residence, where they had the opportunity to discuss trade and other timely issues with Prime Minister Shinzo Abe and his chief advisor, Kentaro Sonoura.