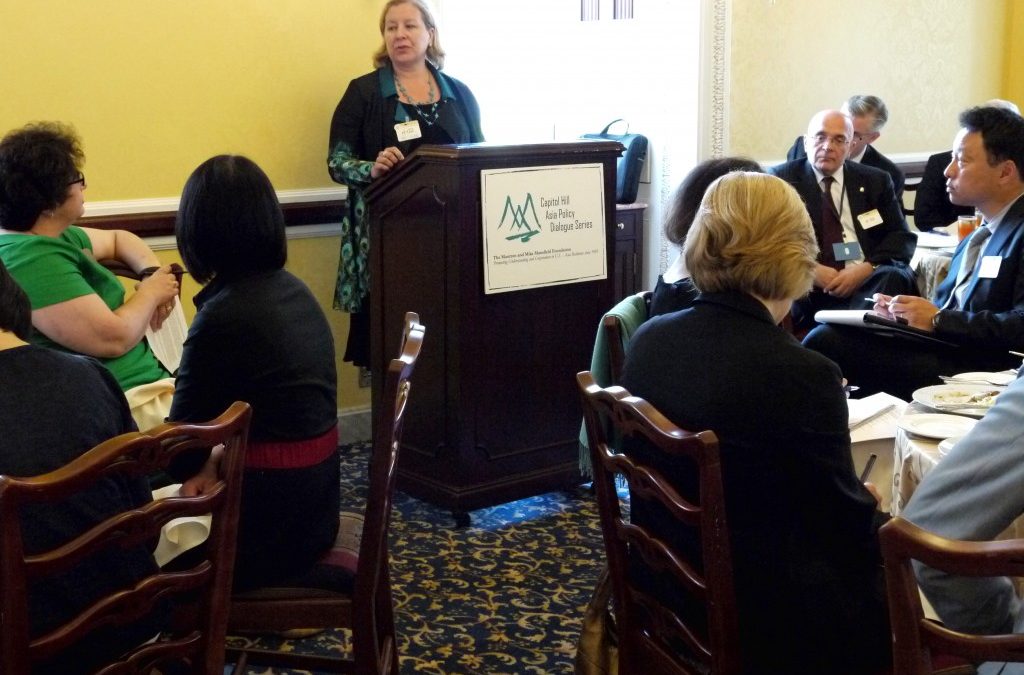 Steven Okun opened the discussion by noting that it is a great time for American companies to invest inAsia.  He highlighted opportunities created by intraregional trade and by growing domestic consumption in countries includingVietnam,IndonesiaandChina.  He described the Trans-Pacific Partnership (TPP) as key to getting into these growing domestic markets and working with domestic companies that are going global.   He also noted that APCAC is very much in favor of the Obama administration’s pivot toAsia, which he urged should be seen not only in military terms, but also in terms of economic engagement.

Tom Clark described the prospects forJapan’s economy following the 3/11 disasters and the domestic challenges affectingJapan’s potential participation in the TPP.  He noted that much of the success of the 2011 APEC summit in theU.S.had its origins in work done byJapanas the 2011 APEC summit host.  He underscored that TPP and APEC are positive forces for peace, stability and open markets in the region.

Amy Jackson illustrated the consequences of not joining free trade agreements (FTAs) and the TPP by noting thatKorea’s free trade agreements cover 60% of world GDP, giving Korean companies an advantage over theirU.S.counterparts in these markets.  She also emphasized the importance of conveying the benefits of FTAs like the KORUS FTA to Congress and described some early successes of the KORUS FTA, which AMCHAM has summarized here.