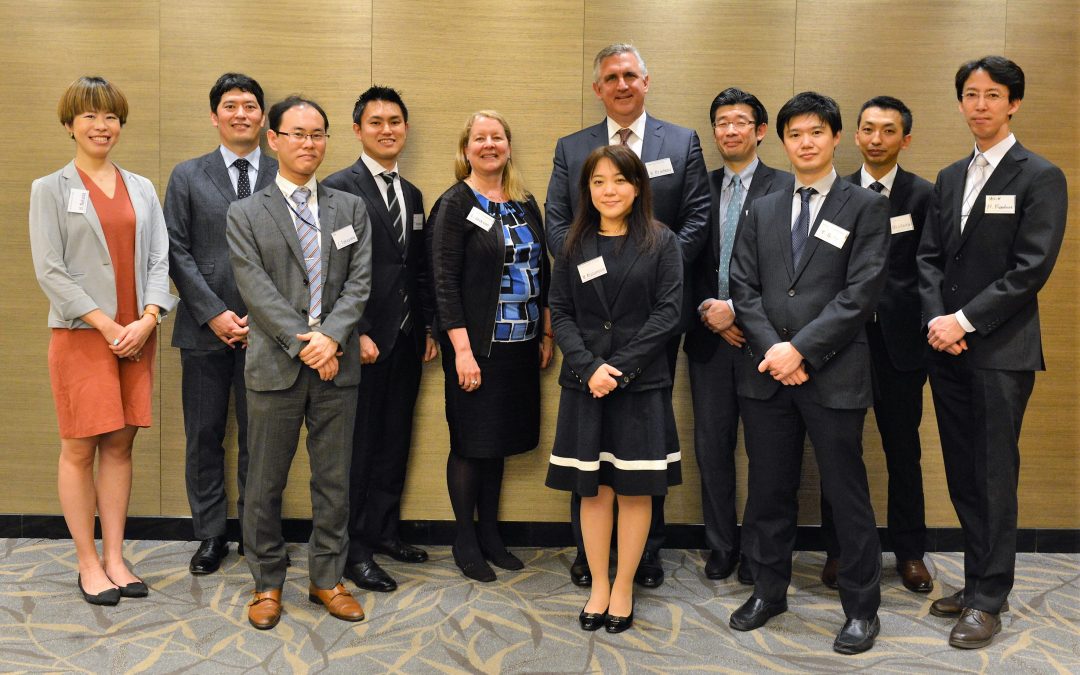 Earlier this month ten alumni representing five cohorts of the Mansfield-PhRMA Research Scholars Program gathered in Tokyo to meet with the new chairman of the Pharmaceutical Research and Manufacturers of America (PhRMA) Board of Directors, Robert A. Bradway (Chairman and Chief Executive Officer, Amgen) as well as executives from Amgen and PhRMA, including PhRMA Japan Representative and Mansfield Foundation Board member Amy Jackson. Two researchers who participated in the program in 2016 — Dr. Kouji Fujita (Tokyo Medical and Dental University Graduate School of Medical and Dental Sciences) and Dr. Tomohio Yamaguchi (Pharmaceuticals and Medical Devices Agency) — gave speeches to share what they learned from the program and how they have utilized the experience in their work. Launched in 2013, the Mansfield-PhRMA Research Scholars Program is sponsored by PhRMA and is intended to help young Japanese researchers broaden their understanding of U.S. translational research, healthcare policy, and regulatory practices. The next group of Mansfield-PhRMA Research Scholars will be selected in May and will travel to the United States in September.