After Congress created the Mansfield Fellowship Program in honor of Mike Mansfield’s commitment to public service, the D.C. office was established in 1994 to facilitate the program. While the Fellowship program remains a major focus of the foundation, the D.C. office also hosts other Asia-related programs, including other exchanges, policy dialogues, and research projects. 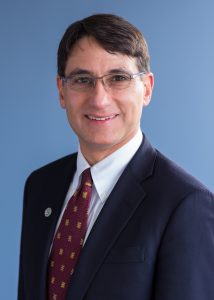 Frank Jannuzi joined the Maureen and Mike Mansfield Foundation as President and Chief Executive Officer in April 2014. He previously served as Deputy Executive Director (Advocacy, Policy and Research) at Amnesty International, USA. There he shaped and promoted legislation and policies to advance universal human rights, protect individuals and communities at risk, and free prisoners of conscience.

From 1997-2012 Mr. Jannuzi was Policy Director, East Asian and Pacific Affairs, for the U.S. Senate Foreign Relations Committee, where he advised Committee Chairmen Joseph Biden and John Kerry on a range of security, political, economic, and human rights issues pertaining to U.S. relations with East Asia. During his tenure with the Foreign Relations Committee, he also was a Hitachi Fellow of the Council on Foreign Relations from 2006-2007, serving as a visiting lecturer at Keio University and a visiting scholar at the Institute of International Policy Studies in Tokyo. Early in his career, he served for nine years as an analyst in the U.S. Department of State’s Bureau of Intelligence and Research.

Mr. Jannuzi holds a Bachelor of Arts degree from Yale University and Master in Public Policy degree from the John F. Kennedy School of Government, Harvard University. He has traveled throughout Asia and has written extensively on East Asia policy issues, including U.S. relations with Japan, China, and North Korea. He lives in Baltimore with his wife, Dr. Jennifer Martin, and their two daughters Zoe and Camille. 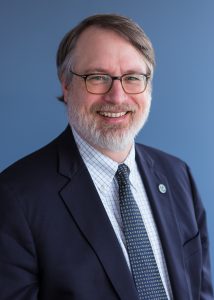 Benjamin Self is Vice President of the Maureen and Mike Mansfield Foundation. Mr. Self serves as Director of the Mike Mansfield Fellowship Program, a congressionally-mandated professional exchange for mid-level U.S. government employees. He also manages the U.S.-Japan Network for the Future, a program launched in 2009 to foster a new generation of Japan specialists. In addition to supervising these and other major Foundation programs, Mr. Self provides strategic advice to the Foundation’s President and CEO on the Foundation’s administration, direction, and mission and assists the President in leading the Foundation’s development and fundraising efforts.

Mr. Self previously was the inaugural Takahashi Fellow in Japanese Studies at the Walter H. Shorenstein Asia-Pacific Research Center at Stanford University. From 1998-2008 he was at the Henry L. Stimson Center as a Senior Associate working on Japanese security policy. While at the Stimson Center, he directed projects on Japan-China relations, fostering security cooperation between the U.S.-Japan Alliance and the PRC, Japan’s nuclear option, and confidence-building measures. Mr. Self has also carried out research and writing in areas such as nuclear non-proliferation and disarmament, ballistic missile defense, Taiwan’s security, Northeast Asian security dynamics, the domestic politics of Japanese defense policy, and Japan’s global security role. From 2003 until 2008, Mr. Self was living in Africa and studying the role of Japan in Africa, including in humanitarian relief, economic development, conflict prevention, and resource extraction. He also has served as adjunct lecturer at Georgetown University, George Washington University, and American University.

Mr. Self earned a BA at Stanford and an MA in Japan Studies and International Economics from Johns Hopkins University Paul H. Nitze School of Advanced International Studies (SAIS). He has worked in the Asia Program at the Woodrow Wilson International Center for Scholars and was a Visiting Research Fellow at Keio University on a Fulbright grant from 1996 until 1998. 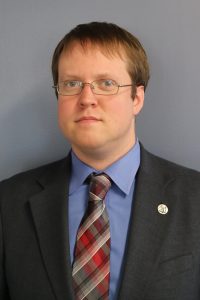 Mr. White joined the Mansfield Foundation in 2018. He was previously a Project Associate in congressional and media outreach at the National Bureau of Asian Research (NBR), coordinating NBR’s social media, briefings on Capitol Hill, and media interviews. As a Communications Specialist at the U.S.-Japan Council (USJC), he provided communications and technical support for the TOMODACHI Initiative, a public-private partnership between USJC and the U.S. Embassy in Tokyo. Mr. White studied at the Chinese University of Hong Kong and at Sophia University in Tokyo and holds a BA in Global Studies from Loyola University Maryland and an MA in International Relations with a concentration in Japan Studies from the Johns Hopkins University Paul H. Nitze School of Advanced International Studies. 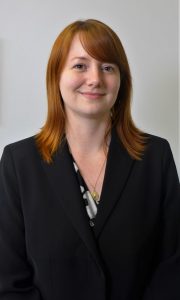 Natasha Little is a Program Manager at the Maureen and Mike Mansfield Foundation. Ms. Little’s main responsibilities include managing Foundation programs including the U.S.-Japan Space Forum, the Trilateral Collaboration in East Asia: Korea-U.S.-Japan Dialogue on Aligning Security Concerns and Spent Fuel Strategies, and the Corporate Friends of Mansfield program.

Prior to joining the Foundation, Ms. Little was the Events Coordinator for the Office of Institutional Advancement at the Aspen Institute, an international nonprofit whose mission is to foster leadership and provide a nonpartisan venue for dealing with critical issues. In this position, she managed the logistics for large-scale benefits and special donor programming. Previously, she worked for over four years as the Diplomatic Assistant for the Management and Coordination Section at the Embassy of Japan in D.C. She graduated from George Washington University in 2010 with a BA in Asian Studies and Japanese Language and Literature. 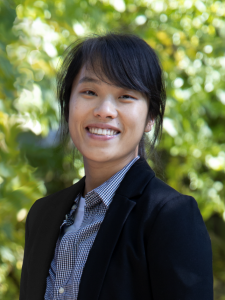 Ari Lee is a Program Manager at the Maureen and Mike Mansfield Foundation. She is responsible for designing and implementing all Korea-related programs, including the Bridging the Divide program and DPRK Policy Workshop. She also shares responsibilities on different programs including the Mansfield-PhRMA Research Scholars Program, Mansfield-CIIS Forum on Northeast Asia Cooperation, and Capitol Hill Asia Policy Dialogues.

Her previous professional experience with nonprofits in South Korea focused on international exchange programs, managing volunteer abroad, study abroad, Corporate Social Responsibility, and thematic educational projects. She also started her own nonprofit to connect people and ideas to develop international relationships in South Korea. She has a BA in Polish Literature and Language from Hankuk University of Foreign Studies and an MA in Sustainable Development with a concentration in Training Design from SIT Graduate Institute. 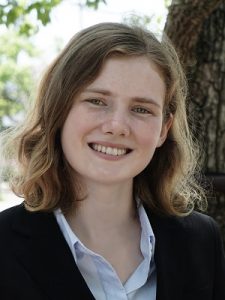 Ms. Primrose was previously a Program Coordinator at the Japan Exchange and Teaching (JET) Program Office at the Embassy of Japan in Washington, DC, where she oversaw the national application and selection process for the JET Program. She participated in the Program as an Assistant Language Teacher in Nara Prefecture from 2015-2018. Ms. Primrose holds a BS in East Asian Studies from Towson University. 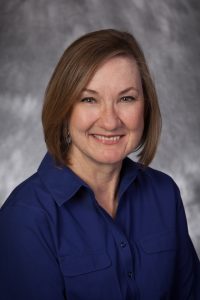 Ms. Nichols is the Director of Finance at the Maureen and Mike Mansfield Foundation. She is responsible for accounting and financial administration, overseeing the budgeting process and financial reporting. She is also responsible for establishing and maintaining policies and procedures to ensure compliance with applicable laws and regulations.

Prior to joining the Foundation, Ms. Nichols was the CFO at Western Montana Mental Health Center for more than 20 years. She is a licensed CPA in the state of Montana, and is also a Certified Management Accountant (CMA). Ms. Nichols holds a Bachelor of Science degree with Accounting and Finance emphases and a Master of Accountancy, both from the University of Montana. She is a native Montanan and lives in Missoula with her husband Jim. 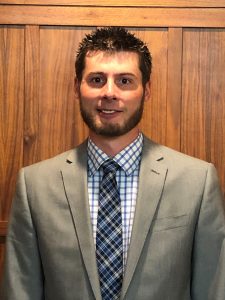 Bradley Thompson joined the Mansfield Foundation as a Finance Officer in April 2019. Mr. Thompson’s primary responsibilities include helping to lead budgeting and program reporting functions, managing day-to-day accounting for program participants and staff. He also has special focus stewarding the Mansfield Fellowship Program financials, assists the Director of Finance with other accounting, finance, and compliance matters.

Prior to joining the Foundation, Mr. Thompson served for over 8 years as a Corporate Financial Controller at a Global Fortune 500 Company. He graduated from the University of Idaho with a BS in Finance and a BA in International Studies with a focus in Development Economics. After graduation, Mr. Thompson served as a United States Peace Corps volunteer from 2008-2009 in Guatemala, where he worked with NGOs and local leaders to build the capacity of rural farming cooperative communities through business assistance, education, and journalism.

The Tokyo office was established in 1997 to assist the Foundation with its programs abroad. As a smaller office, it works directly with the Japan-based Board members on Board programs and Foundation activities and is particularly involved with the Mike Mansfield Fellowship Program. 日本語はこちらへ 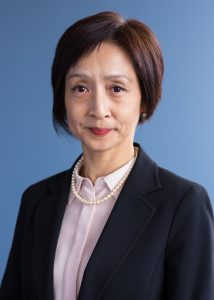 Ms. Kuramoto previously worked as a Program Specialist for the Fulbright Program in Japan from 1988 to 1996, where she was responsible for the full spectrum of duties related to the Program. She has also been employed as a Research Assistant in the Rating Division of the Japan Credit Rating Agency, from 1985 to 1988, where she researched and analyzed foreign financial markets, industry trends, and political and economic situations.

Ms. Kuramoto has a Bachelor’s degree in English and American Literature from Rikkyo University. She also holds a Master’s degree in International Education from the American University, Washington, D.C.

Saori Kobayashi joined the Mansfield Foundation in April 2015 and became program manager in August 2016. In her current position she helps coordinate, manage, and implement Foundation programs including the Mike Mansfield Fellowship Program and the Mansfield–PhRMA Research Scholars Program.

Prior to joining the Mansfield Foundation, Ms. Kobayashi served as a senior communications/public information assistant for the United Nations High Commissioner for Refugees Representation in Japan. From 2012-2014, she worked at the International Peace Cooperation Division in the Ministry of Foreign Affairs’ Foreign Policy Bureau, where she was responsible for program management, coordinating with program implementers, and conducting research on peacekeeping policies. Ms. Kobayashi studied at the University of California, Los Angeles and has an MA in Conflict, Security, and Development from the University of Sussex in Brighton, England and a BA in Foreign Studies from Sophia University.

Naomi Ando joined the Mansfield Foundation as Administrative and Program Manager in April 2020. She has been engaged in a variety of professional responsibilities both in the private and public sectors. From 2002-2006, she worked at the Gaza Headquarters of the United Nations Relief and Works Agency for Palestine Refugees in the Near East (UNRWA), first as Information Officer of the Public Information Office and later as External Relations & Project Officer of the External Relations Department.

Immediately prior to joining the Mansfield Foundation, she worked for 5 years with the Japan Foundation Center for Global Partnership, where she was in charge of a grassroots program that dispatched Japanese volunteers  to introduce Japanese culture to U.S. citizens, in addition to other intellectual grant projects. Ms. Ando holds a BA in Arabic from Tokyo University of Foreign Studies, an MA in journalism from the University of Missouri, and an LLM in International Development Law and Human Rights from the University of Warwick in the United Kingdom.