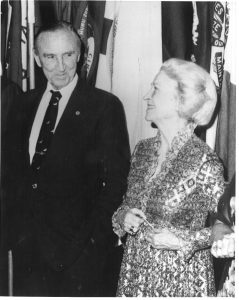 “I believe that one day, America and the other nations clustered along the shores of the Pacific will be neighbors along a lake, a closely interwoven community sharing common interests and common goals.”
–Mike Mansfield, March 27, 1980

A man of few words and great modesty, Mike Mansfield often said he did not want to be remembered. Yet, his fascinating life story and enormous contributions are an inspiration for all who follow. In a life spanning nearly a century, he left enduring marks on montana, the U.S. Senate and international diplomacy. Rising from a hardscrabble childhood and the depths of Montana’s copper mines to lead the U.S. Senate and serve as the nation’s envoy in Japan, Mike Mansfield’s long public life bridges the administrations of six presidents/ He played a pivotal role in many key domestic and international issues of the 20th century. Throughout his distinguished years of public service, he was venerated by national and world leaders for his knowledge, wisdom, courage, integrity and leadership. 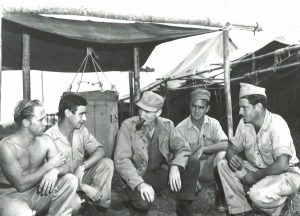 Mike Mansfield was born in New York City on March 16, 1903. Following his mother’s death when Mike was 7, his father sent him and his two sisters to Great Falls, Montana, to be raised by an aunt and uncle there. At 14, he lied about his age in order to enlist in the U.S. Navy for the duration of World War I. Later, he served in the Army and the Marines, which sent him to the Philippines and China, awakening a lifelong interest in Asia.

From Mucker to Teacher Honorably discharged from the Marines in 1922, Mike Mansfield returned to Montana. Lacking a high school education, he worked as a “mucker” in the copper mines of Butte, shoveling rock and ore half a mile underground, and attended the Montana School of Mines. While in Butte he met Maureen Hayes, a young school teacher who encouraged Mike to further his education. With her financial and moral support, Mansfield enrolled at Montana State University (now The University of Montana) where as a “special student” he took high school and college courses simultaneously. He and Maureen Hayes were married in 1932, and thus began a lifelong partnership of extraordinary devotion, commitment and respect that lasted until her death in September 2000.

Mansfield received his high school equivalency and bachelor’s degree in 1933 and went on to receive a master’s degree in 1934. He then taught Latin American and East Asian history at The University of Montana until 1942. 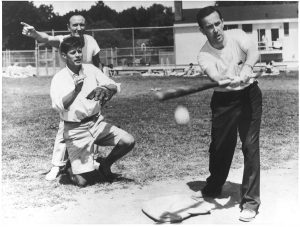 Mike Mansfield’s political career was launched in 1942 when he was elected to the U.S. House of Representatives. He served five terms from Montana’s 1st District. In 1952, he was elected to the U.S. Senate and re-elected in 1958, 1964 and 1970. His selection as Democratic Assistant Majority Leader in 1957 was followed by election in 1961 as Senate Majority Leader. He served in that capacity until his retirement from the Senate in 1977, longer than any other Majority Leader in history.

It has been said that Mike Mansfield shaped the character of the modern Senate more than any other leader in its history by allowing a Senate of equals to emerge and giving voice and a role to younger Senators. Respected by Senators on both sides of the aisle, he led the Senate during a period of great achievement as the “Great Society” legislation of the 1960s was passed. Yet, he found time to personally read and sign all letters to his constituents in Montana and was remarkable in his memory of the names of folks back home and in Washington, D.C. Each year his Montana constituents looked forward to receiving Christmas cards that he and Maureen designed. 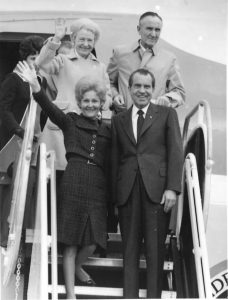 During Mike Mansfield’s years in Congress, Presidents Truman and Eisenhower appointed him delegate to the United Nations in 1951 and 1958 respectively. Considered an authority on U.S.-Asia relations, he also undertook foreign policy assignments for Presidents Roosevelt, Kennedy, Johnson, Nixon and Ford, and his private discussions with President Nixon paved the way for Nixon’s visit to China in 1972. Mike Mansfield did not hesitate to speak out in opposition to the war in Vietnam and he privately counseled a succession of presidents against U.S. involvement.

In 1977, President Carter appointed Mike Mansfield Ambassador to Japan. He was reappointed by President Reagan and served until January 1989, longer than any other U.S. Ambassador to Japan. Mansfield brought his experience in Asian affairs to the embassy in Tokyo, where he tackled thorny bilateral trade and defense issues and was trusted and esteemed for his wisdom and sensitivity.

Following his retirement in 1989 until his death on October 5, 2001, Mike Mansfield served as senior advisor to the international financial firm of Goldman, Sachs & Co. in Washington, D.C.