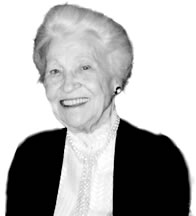 Born in Irondale, Washington, March 25, 1905, Maureen spent most of her youth in Butte, Montana, as the oldest child of Mary Frances Sullivan and Francis Fairclough (Frank) Hayes. Maureen graduated from Butte’s St. Joseph Academy in 1922. She enrolled at Clarke College, Dubuque, Iowa from 1922-24 and transferred to St. Mary’s, the women’s college of Notre Dame University, where she received an A.B. degree. In 1977, Clarke College presented Maureen with an Honorary Doctorate.

Maureen met Mike Mansfield in the spring of 1928 when he was a copper miner and she was a teacher. They fell in love, and she inspired him to leave the mines and obtain an education. Maureen recognized a strength and potential in Mike unseen by others. In 1931 with her encouragement, he applied to Montana State University in Missoula (later The University of Montana), despite the fact he was an eighth grade dropout. He was accepted as a provisional  student on condition he complete high school equivalency courses before enrolling, which he did with her help. Mike began college in December 1931 while Maureen retained her teaching job in Butte.Maureen moved to Missoula to marry Mike on September 13, 1932.

Maureen cashed in her life insurance and worked as a social worker to support her husband through the University, where he received his A.B. degree in 1933. He became a graduate teaching assistant and received his M.A. degree in history and political science in 1934. Maureen also continued her studies and received her M.A. in English the same year. She wrote her master’s thesis on the biographies of Emily Bronte; he wrote his on early U.S. diplomatic relations with Korea.

After Mike became an assistant professor of Far Eastern History at The University of Montana, Maureen suggested he enter politics.She organized the support of students, faculty, and friends, but his 1940 run to win the Democratic primary for the Montana Western District House was unsuccessful. In 1942, he ran again for the House seat and was elected to the first of five House terms (1943-53) and then to the Senate (1953-77). They both served Montana and the nation in Washington, DC and in Tokyo as the U.S. ambassador to Japan from 1977-88. The Mansfields returned to Washington, DC in 1988, where they spent their final days.